Whip up a stunning shrimp dish with the help of this celebrity chef! 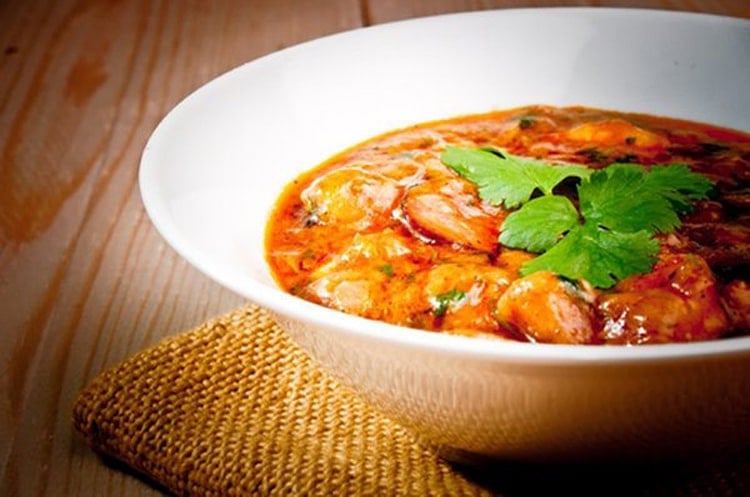 Rick Bayless is best known for his role on the Bravo channel’s Top Chef Masters. Bayless is also host of his own Public Television Series, Mexico – One Plate at a Time. In 2012, he was nominated for a Daytime Emmy for Best Culinary Host. In addition to his television appearances, Bayless has written eight cookbooks, one of which won the Julia Child IACP cookbook of the year award in 1996. His fourth book, titled for his television show, won the James Beard Best International Cookbook of the Year Award in 2001.

Like many celebrity chefs, Bayless is also a restaurant owner. His casual Mexican restaurant, Frontera Grill, is located in Chicago and received the James Beard Foundation’s highest award for Outstanding Restaurant in 2007. Bayless’s second restaurant, Toplobampo, is located right next door to Frontera Grill. Bayless is also owner of Xoco, Tortas Frontera, and Frontera Fresco. He is also owner of the Frontera franchise line of salsas, chips, and cooking sauces.

Learn more about Rick Bayless at his official website.

Looking for an alternative to your traditional method for serving shrimp? This Shrimp in Red Escabeche by Rick Bayless is it. Rick Bayless recipes are known for being cutting-edge, but this dish is “doable haute cuisine.” Shrimp recipes can be boring, but not in this case! This recipe for shrimp in red escabeche has a tangy, sweet flavor that is reminiscent of barbecue sauce. It is packed with red chiles, which not only add flavor, but plenty of healthy components to the dish. It also features red onions and cilantro, giving it an authentic Mexican flavor. Traditionally, the dish is served warm, but it tastes great chilled, too. It is great with rice or served with a crisp summer salad. Leftovers are also great for heating up and reserving the next day.

The dish also utilizes Rick’s own Frontera brand salsa, but you can make your own salsa or substitute another brand if Frontera is not available in your area.

Other recipes from Rick Bayless.

For more delicious and nutritious recipes from Skinny Ms., check out our Skinny Ms. Recipe Collection of 101 Fan Favorites.

Do you have a favorite Skinny Ms. recipe? We’d love to hear about it. Tell us what you think in the comments section below.