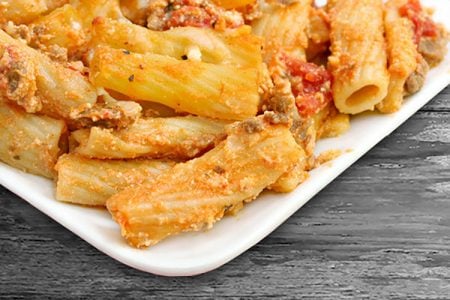 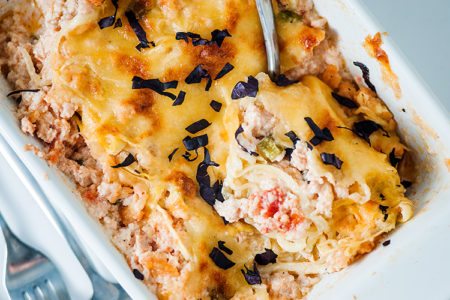 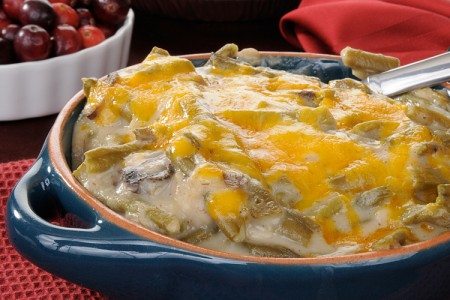 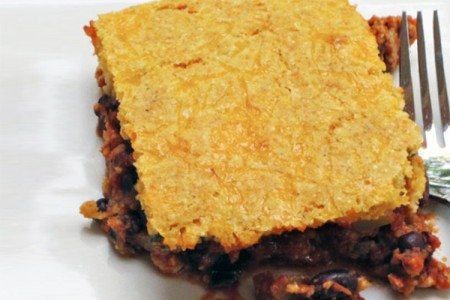 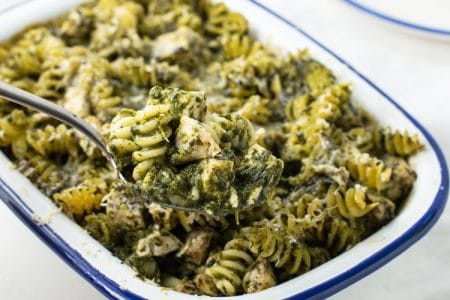 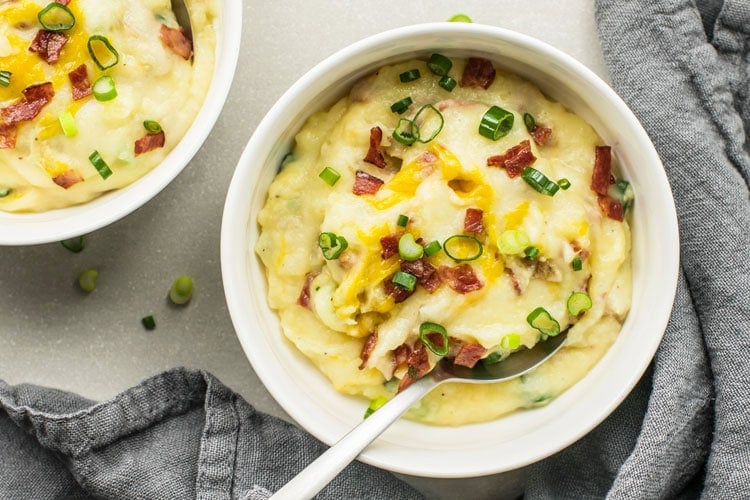 Sometimes, you’re just in the mood for comfort food. It’s like an itch that needs to be scratched: eating a salad simply won’t satisfy the craving! You don’t have to break your diet and wellness plan, though, because this Skinny Slow Cooker Loaded Baked Potato Casserole is designed to be comforting and healthy. 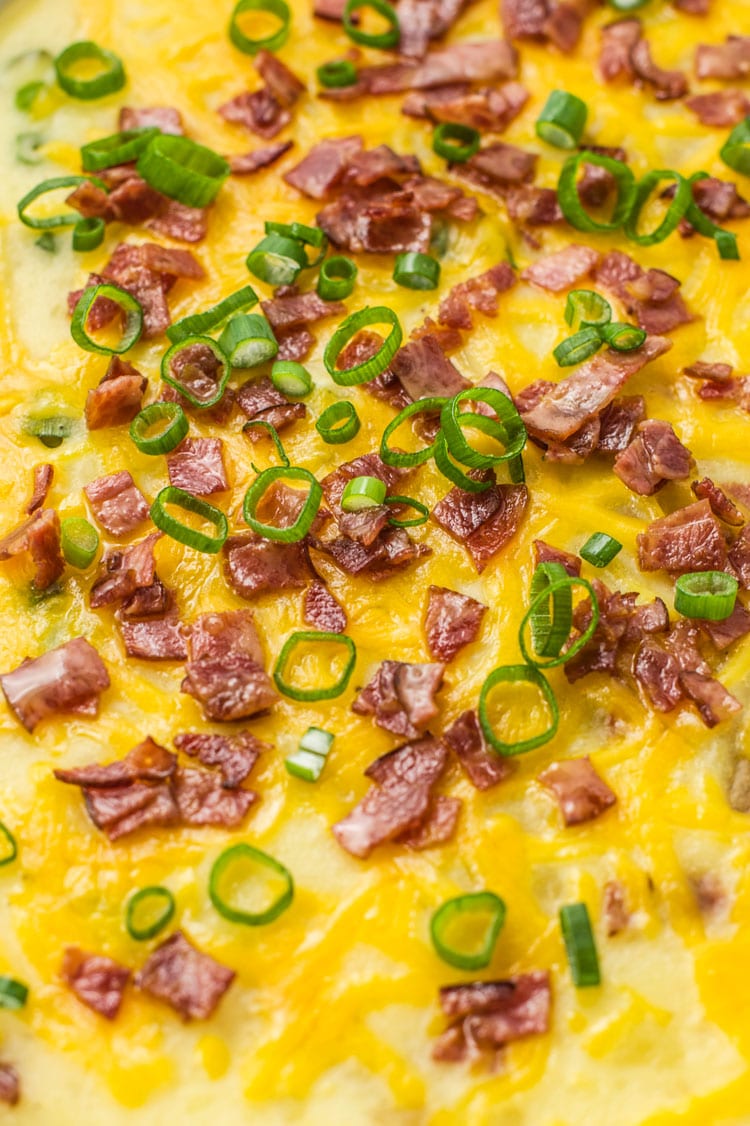 We make healthy ingredients swaps, like using Greek yogurt instead of sour cream and fat-free cheese, to keep the calories low. The best part about this casserole? You can make it in the Crock Pot! That means it will cook away while you’re at work or running errands but be ready to eat at a moment’s notice.

What Potatoes are Best? 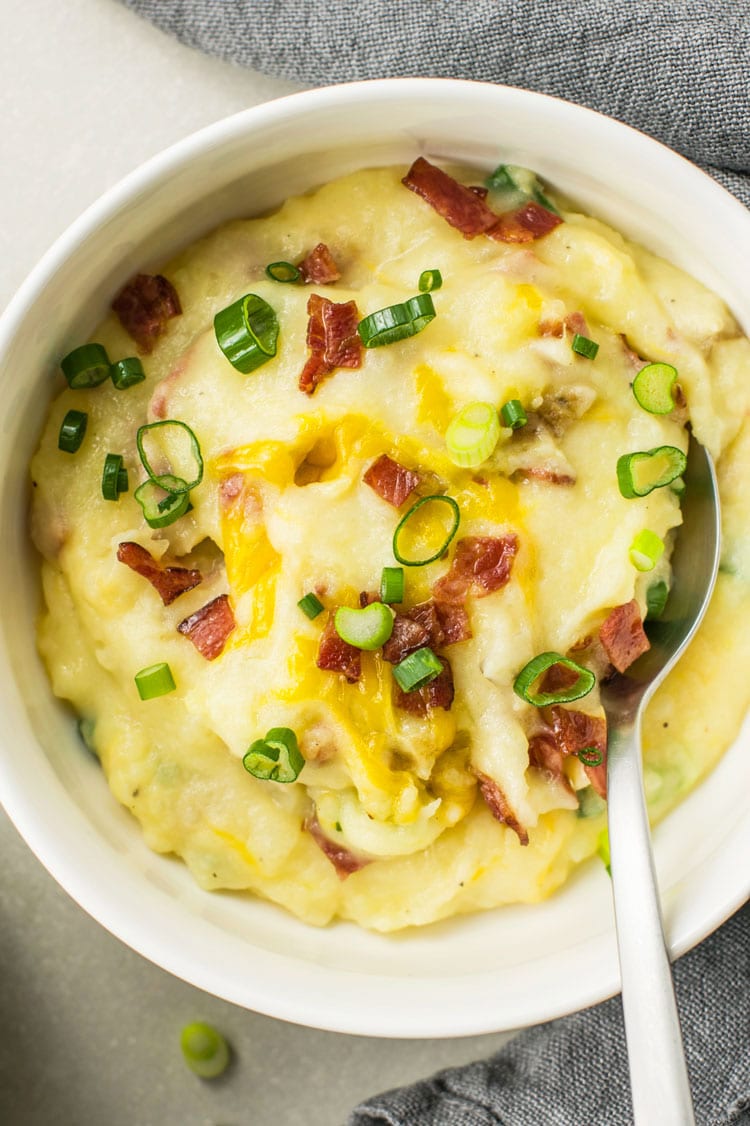 Our recipe leaves it up to you whether you want to use Yukon golds or red potatoes, but you’ll want to choose one of those varieties for this Slow Cooker Loaded Baked Potato Casserole. There are many varieties of potatoes, but they mostly fall into two categories: waxy potatoes and starchy potatoes.

Idaho or baking potatoes are starchy potatoes, which means they’re perfect for dishes where you want them to break down. Think about the last baked potato you ate: it was probably super soft and melt-in-your-mouth tender on the inside, right? That’s because the starches break down and become mushy when they’re cooked. Perfect for something like mashed potatoes, but not ideal for Slow Cooker Loaded Baked Potato Casserole.

But, we’re making a slow cooker casserole version of a baked potato, so why not use a baking potato? Well, waxy potatoes (like Yukon golds or red potatoes) hold together better when they cook. Instead of breaking down, they become soft but maintain their texture. That’s ideal for casseroles, where you want chunks of potatoes instead of a mushy pile.

So there you have it! An easy, 8-ingredient Slow Cooker Loaded Baked Potato Casserole. It will be warm and comforting, but it won’t weigh you down. We can’t wait for you to try it and see what you think!