These fajitas will become a staple in your home! 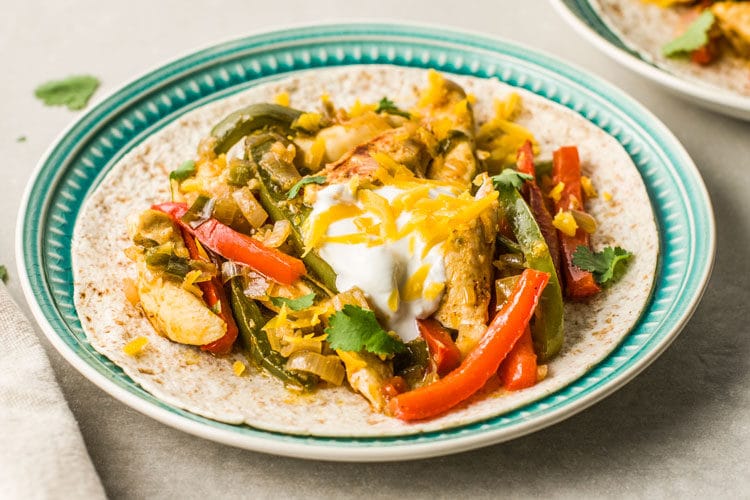 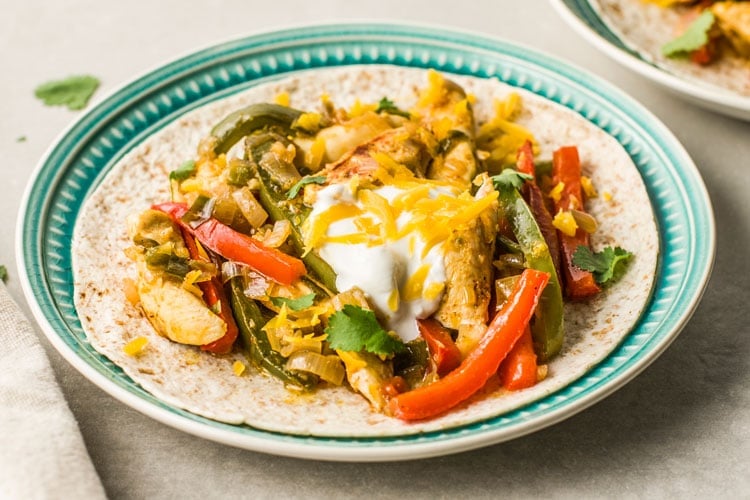 There’s something addictive about the sound a platter of sizzling fajitas makes. When you’re at a Mexican restaurant, you might plan to order something completely different until you hear that platter come out of the kitchen. As the server walks them around the dining room, the smell is so intoxicating you immediately change your mind and order some for yourself! They might sound appealing, and they might even taste great, but they’re not always the healthiest option, thanks to all the added fat, salt, and sugary sauces. Luckily, it’s easy to make these Skinny Chicken Fajitas at home. They taste just as good, but you’ll feel much better about it!

Do I Need a Cast Iron Skillet? 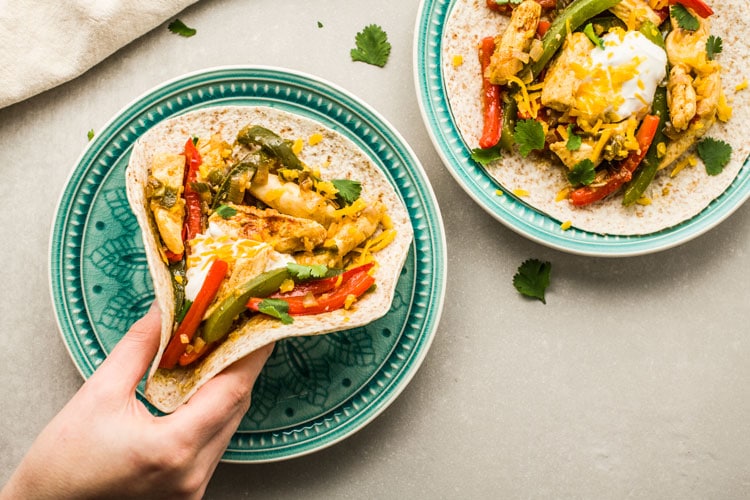 Restaurants often use cast iron skillets for their sizzling fajitas. Do you need one for your Skinny Chicken Fajitas? No, definitely not, although we love cooking fajitas in cast iron for a few reasons.

While cast iron is slow to heat up, it will retain its heat for a significantly long period of time. That quality makes it a great serving vessel – and why restaurants use them so frequently. When your cookware doubles as a serving platter that will keep the food sizzling and hot, that means there are less dishes to wash!

The other great thing about cast iron is it develops a nonstick surface as you use it. If you keep it well seasoned, you won’t need to use as much oil when cooking in cast iron. That’s a great way to save a few extra calories on each meal.

Some people believe you can’t wash cast iron, but that’s actually a myth. You can absolutely use soap on your cast iron without ruining the finish, you just want to dry it as soon as it’s finished washing and you never want to let it soak in water in the sink. These bad habits can cause the material to rust. Learn more about how to clean and season a cast iron pan.

Let us know in the comments if you love cooking recipes like this in your cast iron pan! You can also fill us in if you used another type of pan and how it turned out. We always love hearing from you! 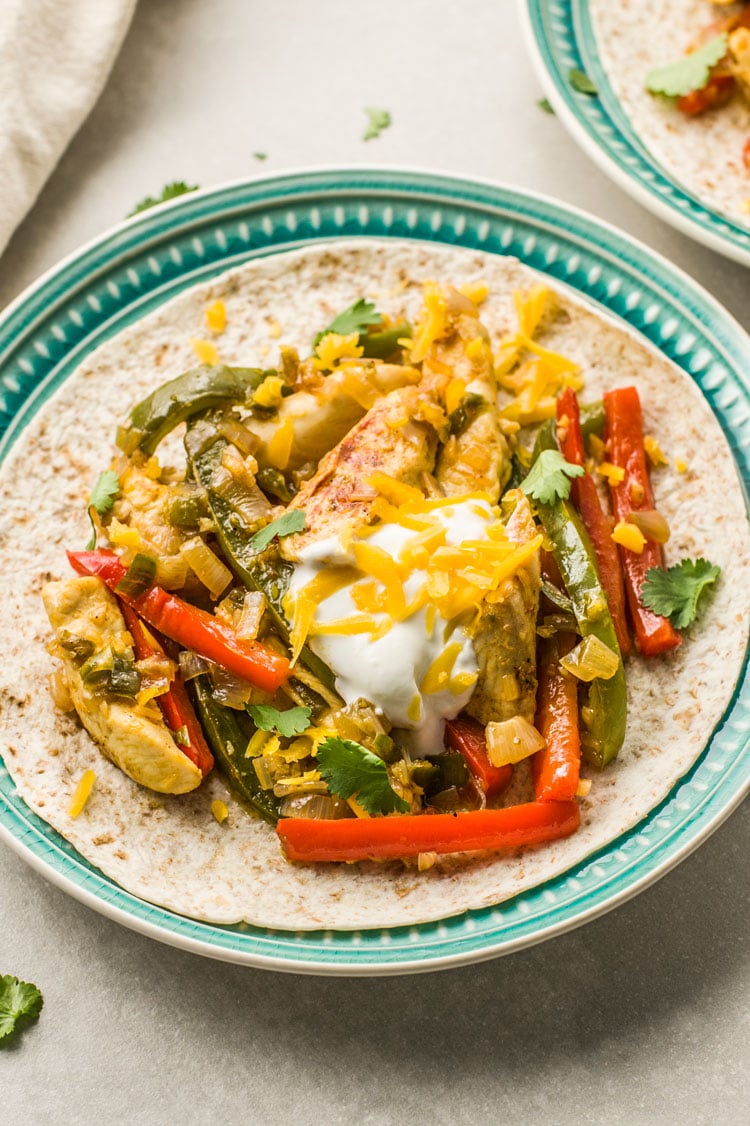 These fajitas are not only delicious, they are made with skinny ingredients that won't throw you off your healthy eating goals.
Review Recipe PIN RECIPE Print Recipe
Yield 6 people
Serving Size 1 fajita
Course Dinner
Cuisine Mexican
Author SkinnyMs. 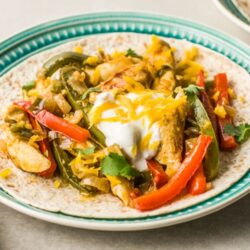 Get more great recipes by subscribing to our newsletter or following us on Facebook! 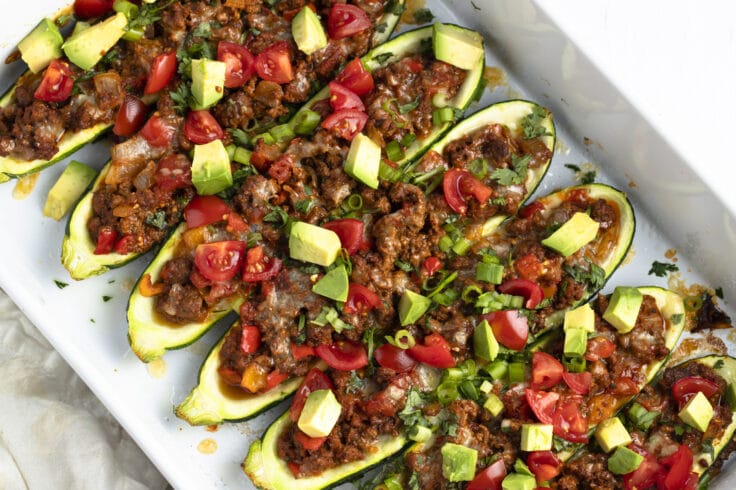 A low-carb recipe that packs a boatload of flavor. 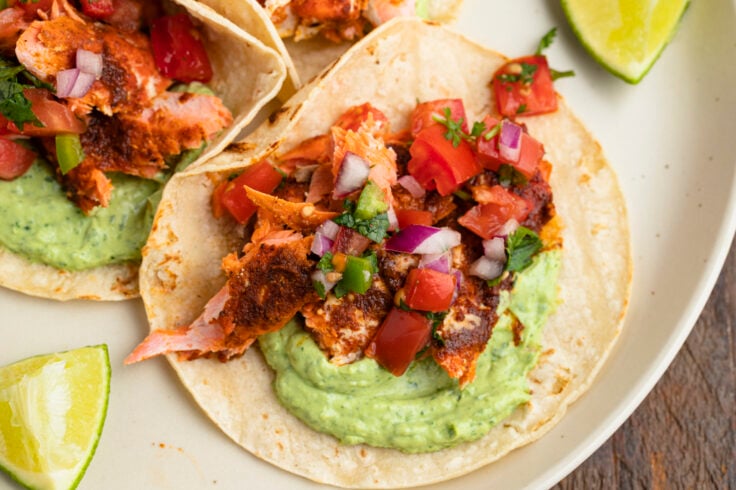 This recipe adds a tasty salmon twist to taco Tuesday! 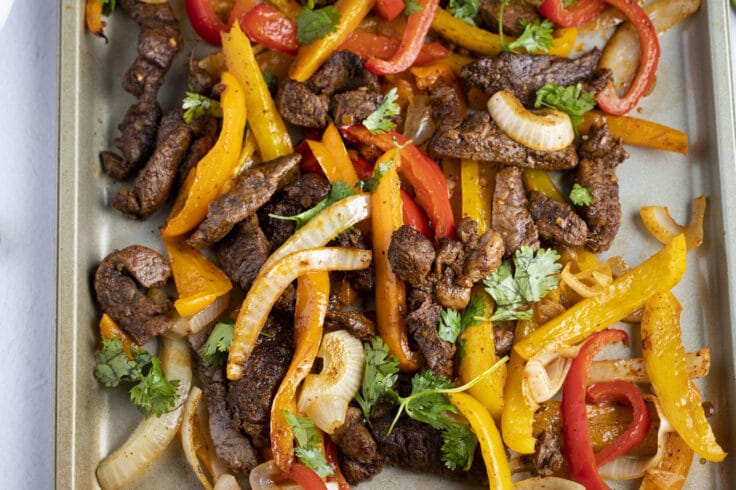 30 minutes to a delicious and nutritious, restaurant-quality meal! 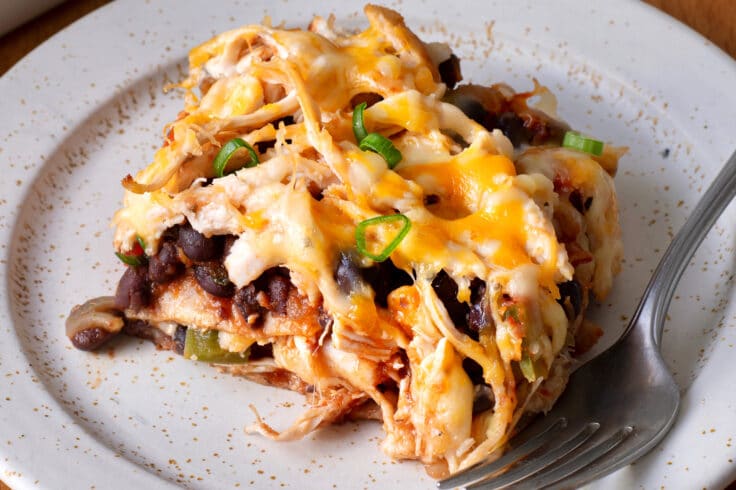 Your favorite taco flavors in an easy-to-prepare casserole!