A guilt-free dessert made in a cast iron skillet. 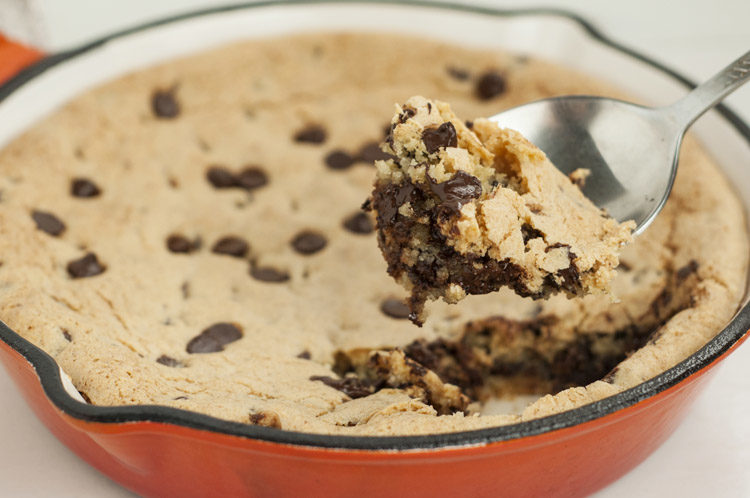 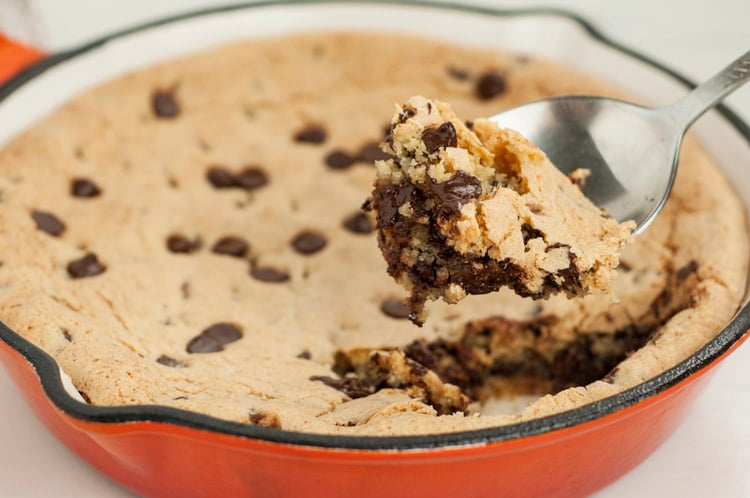 If you don’t own a cast iron skillet, (affiliate link) now is the time to get one. This skillet chocolate chip cookie is so much more than a simple gluten-free dessert. I mean, who doesn’t love a recipe that’s easy to execute but looks impressive enough that people will think you labored over it?

It may be gluten-free but it’s definitely not just for those following a diet. This ooey, gooey, chocolate-filled treat will bring joy to anyone and everyone. So, if you’re looking for one super-solid dessert recipe to have in your back pocket, you should make it this one.

I’ll admit, I was skeptical about making one giant skillet chocolate chip cookie. Part of the deliciousness of a well-made cookie is the crispy outside and the soft inside. I wondered if it was possible to pull that off in a cast iron skillet. Once I tried it, I was convinced – not only does it work, but it may be the only way I make cookies for the rest of my life.

There’s nothing traditional about baking cookies in cast iron, but there are some compelling reasons to do it. First of all, let’s talk cleanup. Since we’re not forming individual cookies, there’s no reason to scoop up the batter and make a mess of scoops and spoons. There’s also no need to dirty up a bunch of baking sheets. The cast iron makes this a one-pot deal, and that’s going to make cleanup a breeze.

Now let’s talk about crust. I’m all about texture, so I’m one of those people who loves the crispy edges from a pan of brownies. The brownies in the middle just don’t have the same appeal to me as the ones on the edge. So, I was a little bit worried about making skillet chocolate chip cookies. What if I didn’t like the middle?

My fears were laid to rest as soon as I took my first bite. The cast iron’s heat created the perfect texture, creating a crust both on the bottom as well as on the tall edges. When I served myself up a slice of the pie, I got a bite of everything I love – crispy exterior and ooey, gooey chocolatey insides. Perfect! 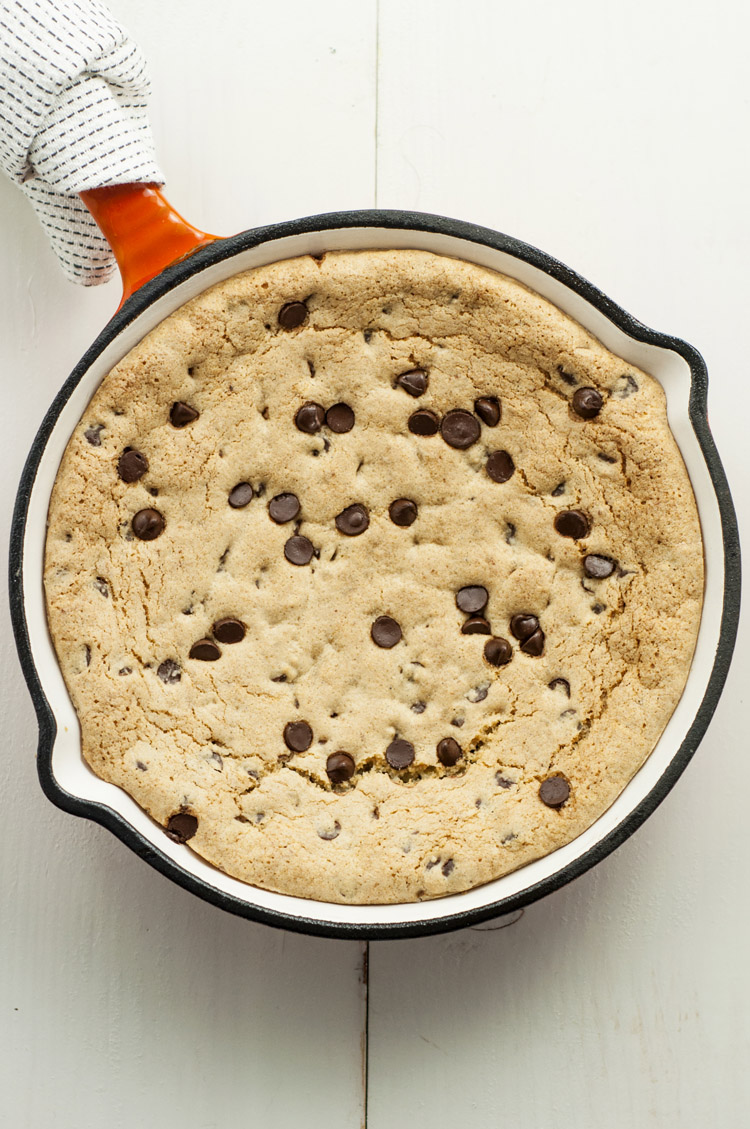 Since we’re using almond flour and coconut sugar, this skillet chocolate chip cookie recipe is completely gluten-free, grain-free, low-carb, and Paleo-friendly. (Just make sure to double check the ingredients list on the semi-sweet chocolate chips). That’s great for those watching their carbs, but there’s an added bonus – these cookies taste nothing like “diet food,” though.

They’re rich enough to satisfy your cravings but you don’t have to be on a diet to think these cookies are delicious. How perfect is that! The almond flour gives the cookie a slightly nutty flavor that pairs perfectly with the slightly exotic flavor of the coconut sugar. Substituting almond flour in your favorite recipes is a great way to convert your favorite food into a low-carb edition.

If you only have almond meal on hand, don’t worry. Almond flour and almond meal are basically the same thing, except the latter is more coarse. When baking light and fluffy desserts like macaroons, it’s best to use almond flour. For these skillet chocolate chip cookies, it won’t make too much of a difference.

Now that we’ve convinced you that the cast iron is the best way to bake cookies, let’s get to it! If you’re new to low-carb desserts, let us know what you think about baking with coconut oil and almond flour. 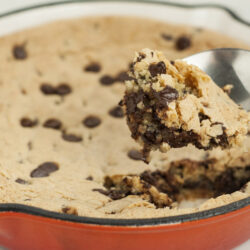 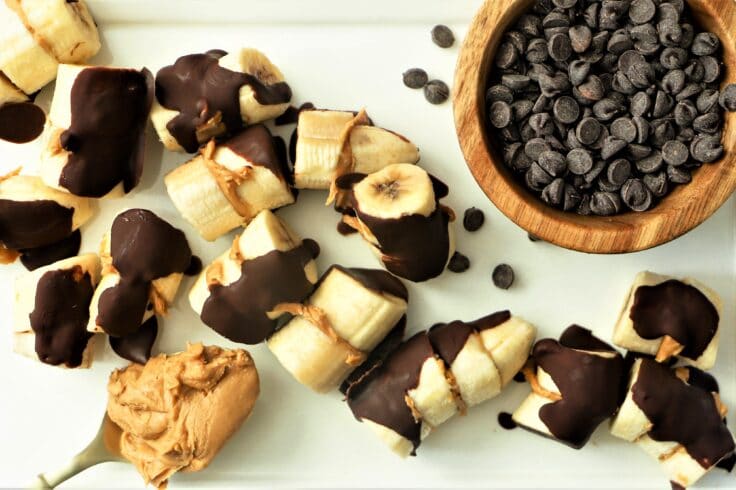 You will definitely look forward to indulging in this sweet and simple treat! 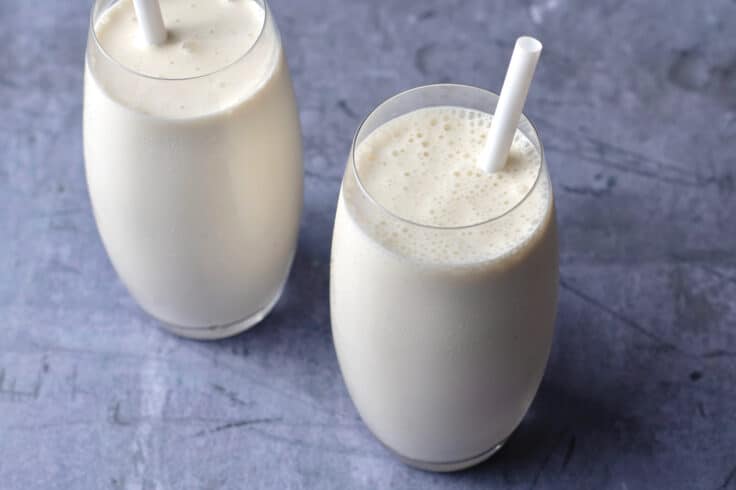 We’re swapping milk for Greek yogurt in this uber-creamy recipe!

These tasty little bites are easy to make and keto-friendly! 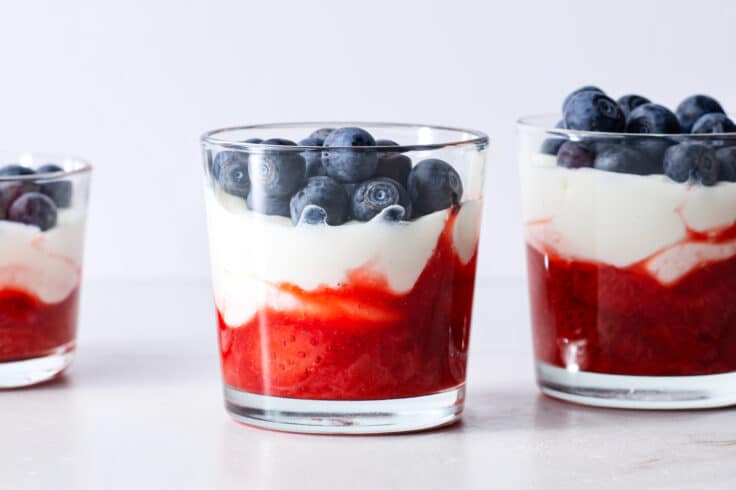 These patriotic parfaits are perfect for July 4th, or any other summer day!