We fell in love with this easy and delicious sheet-pan brunch recipe! 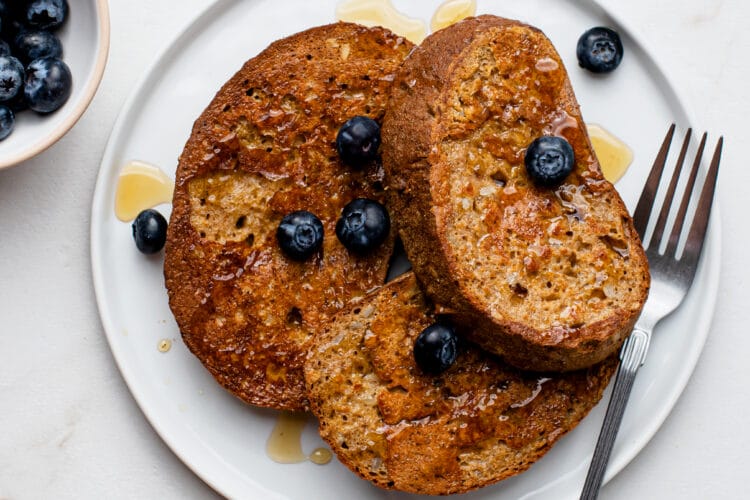 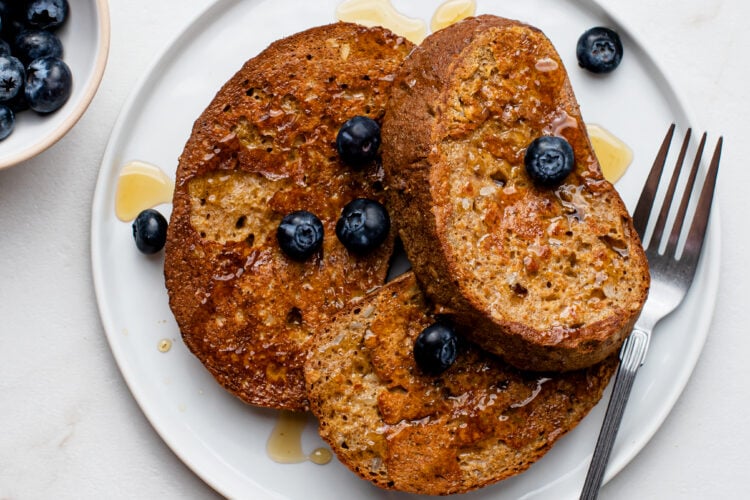 French toast is one of our favorite breakfast items. It’s too rich and decadent to enjoy every day, but its infrequent appearance on our brunch table makes it taste even better. The only problem with French toast is that it takes time to make. Each slice of bread must be individually dipped into batter, and it’s hard to fit more than a few slices into the skillet at once. Our oven-baked sheet pan French toast recipe solves this problem, making it easy to serve French toast for a crowd! Move over, breakfast casseroles; sheet pan French toast just became the savior of brunch! 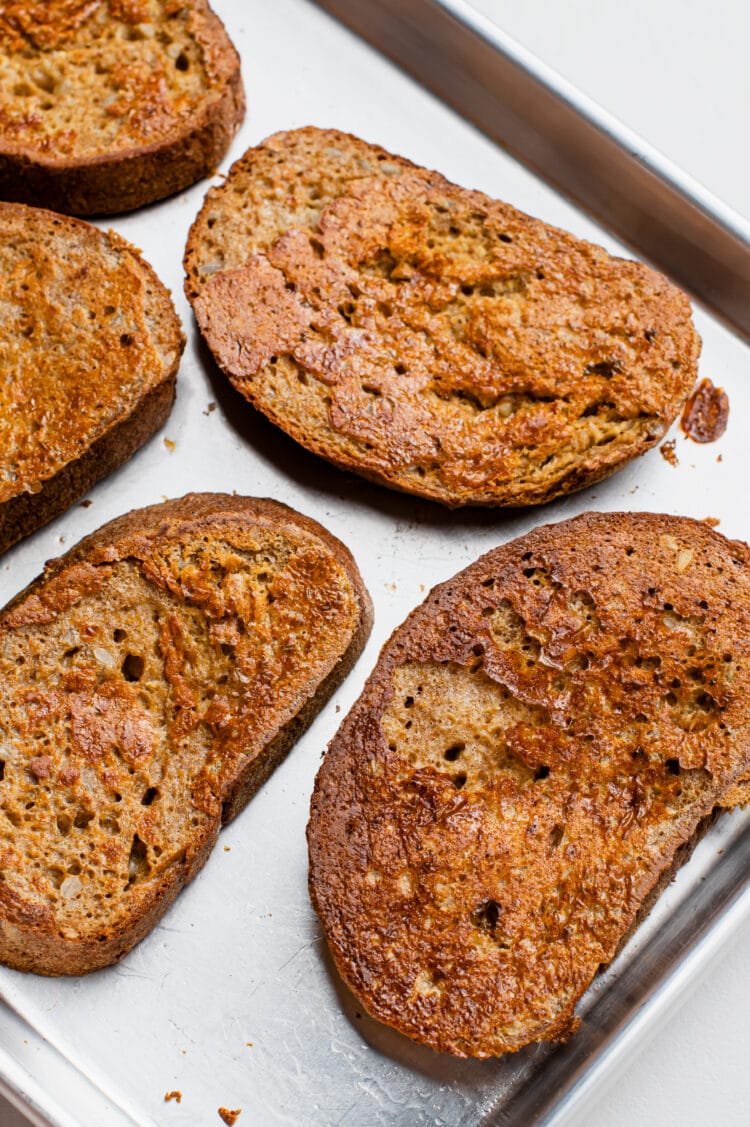 This recipe is remarkably straight-forward, but we do utilize a two-step technique that makes the oven-baked sheet pan French toast batter thick and luscious. It starts by whisking together two eggs with two teaspoons of brown sugar, one teaspoon of real vanilla extract, a half teaspoon of ground cinnamon, and a pinch of salt. Whisk the mixture vigorously until the sugar is dissolved.

Then, we add two tablespoons of melted coconut oil and three quarters of a cup milk to the batter. It’s important to whisk constantly as you add the coconut oil to emulsify the fat into the egg, and again when pouring the milk to create a homogeneous mixture.

The two-step process might take an extra minute to make, but we promise you it’s worth it. It creates a thicker batter that coats the whole-wheat bread more effectively. In the end, the oven-baked sheet pan French toast turns out so much better!

How to Make French Toast in the Oven 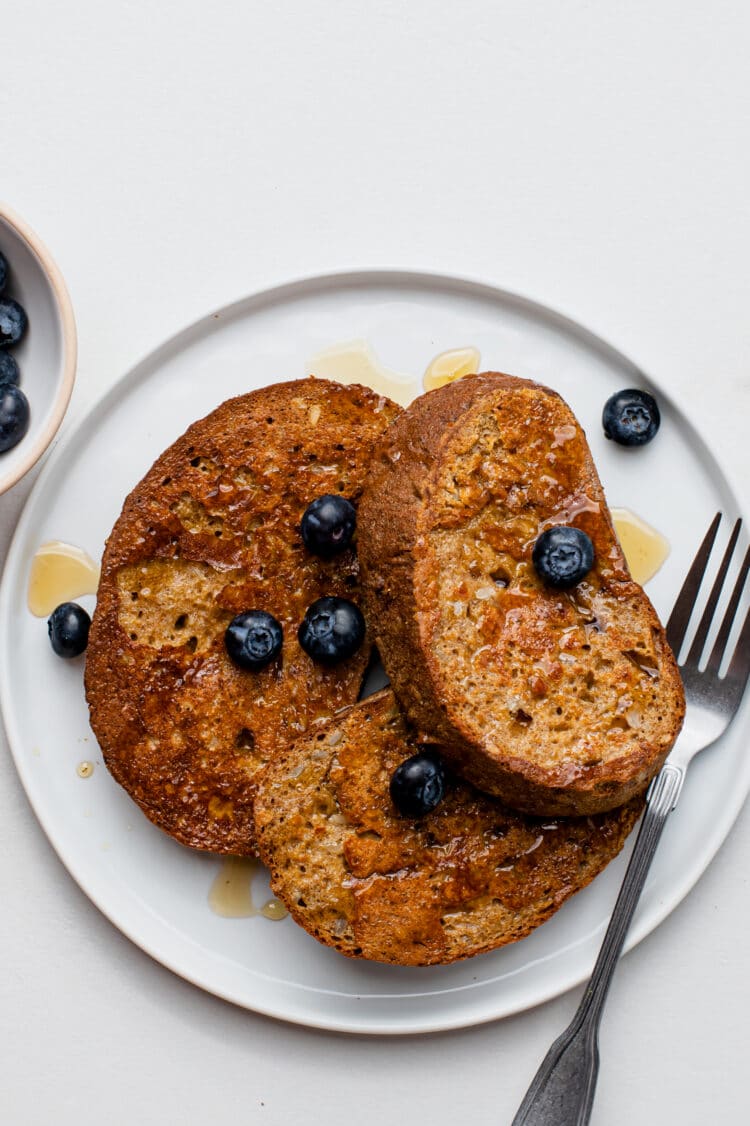 Traditional French toast recipes are made in a skillet. After coating the bread in a sweet egg batter, the French toast is transferred to a hot skillet coated with butter. The caramelization process begins, toasting the bread on each side and creating a golden-brown color.

We take the same principle and apply it to an oven preheated to 425 degrees Fahrenheit instead. The high-temperature oven works like a hot skillet, but it cooks the bread more gently. There’s less risk of burning the bread since it’s not in direct contact with the heat source.

To make it happen, soak the bread for about two minutes in the thick batter, letting the egg soak into each slice. Then, place the bread onto a rimmed baking sheet coated with nonstick spray. Pop it into the oven, and you’ll have golden-brown slices of French toast in about 10 to 15 minutes. If the toast is cooked through but it doesn’t have the desired level of color, you can place it under the broiler for a minute to crisp it up. 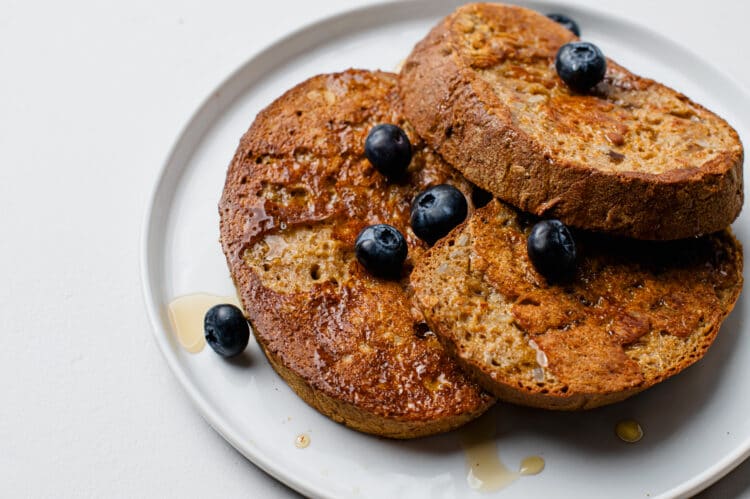 If this French toast recipe sounds like too much fuss, and traditional French toast is more your style, check out some of these popular options. They showcase how easy it is to customize the French toast experience by making French toast in the slow cooker. You can even make a gluten-free version that captures all the French toast flavor in a bowl of overnight oats. 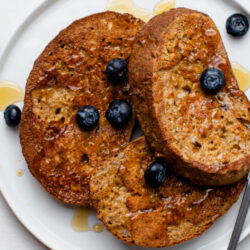 Become a part of our community off health and wellness enthusiasts by joining us on Facebook, Pinterest, and Instagram. We can also send you the latest meal plans, workouts, recipes, and more if you subscribe to our newsletter! 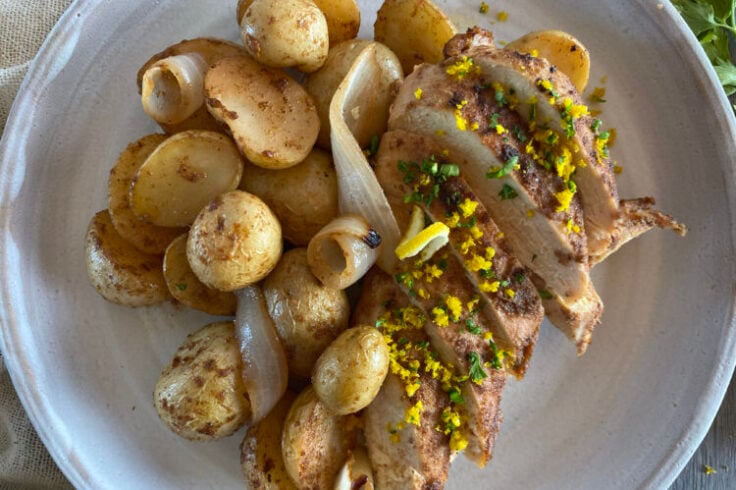 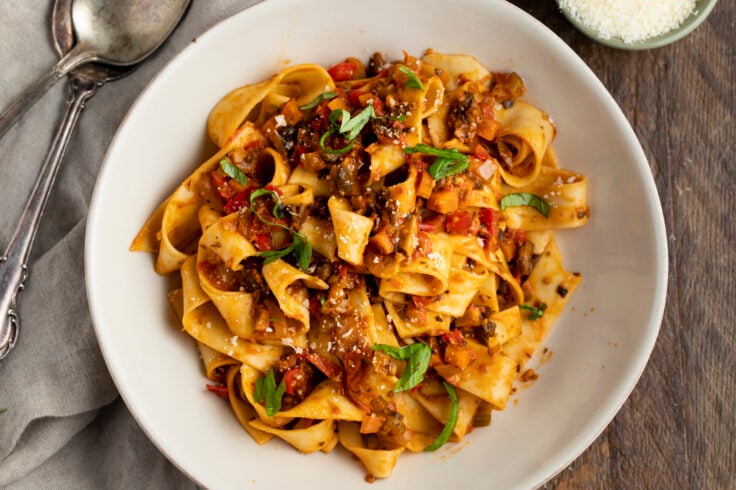 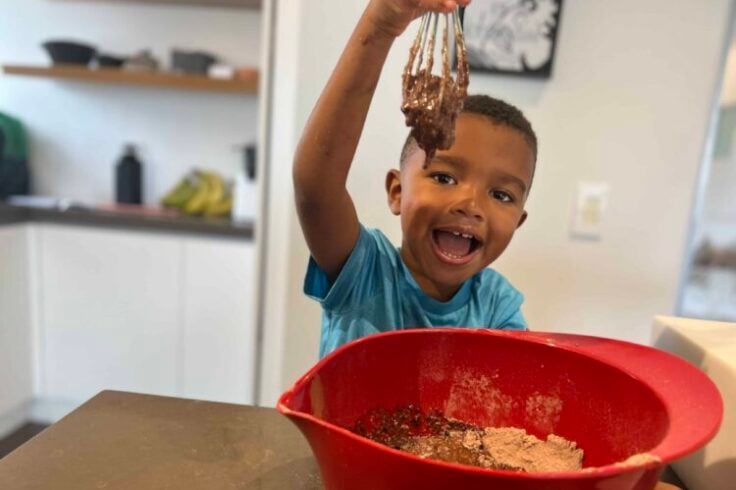 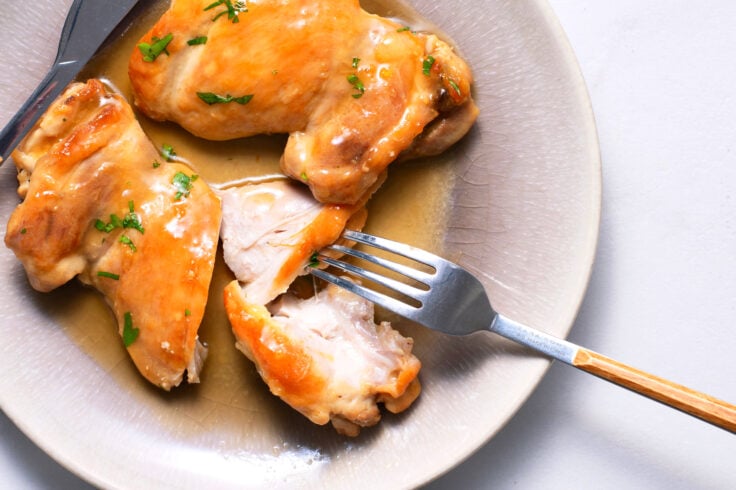