Skip the store-bought ramen packet and make this healthy version instead! 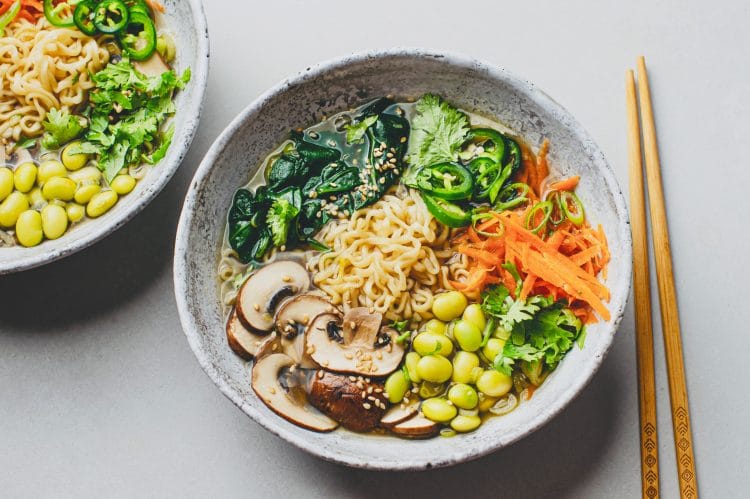 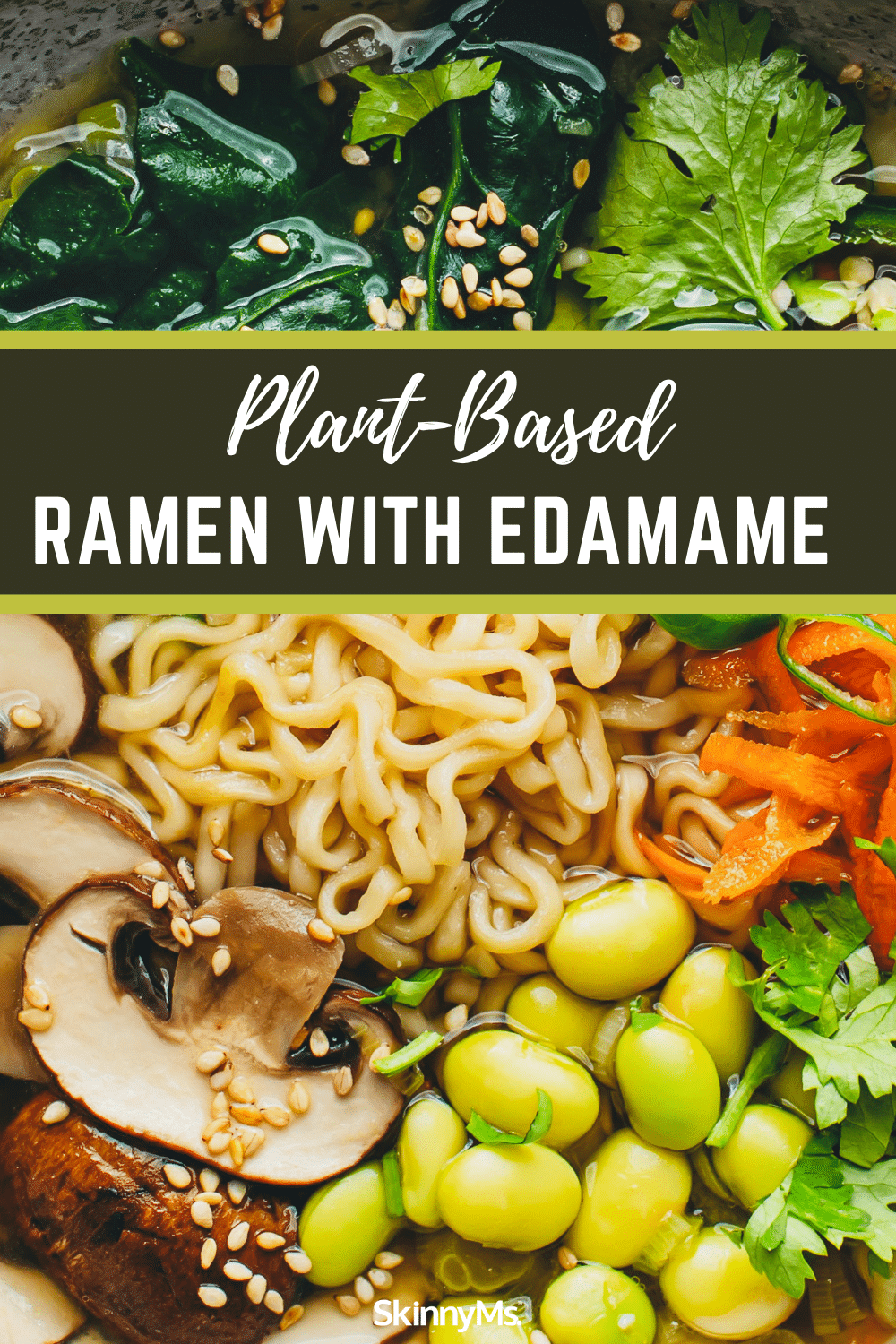 Ramen noodles are a staple in many households. They’re delicious, easy to make, and super inexpensive, making them a go-to option for college students around the world. Sadly, they’re not that healthy. The noodles themselves are filled with empty carbs, and the seasoning packet has way too much fat and sodium. So, we came up with a solution. This Plant-Based Ramen with Edamame takes everything you love about ramen and adds a burst of nutrition.

We’ll show you how to make your own flavorful broth, one that’s more nutritious but tastes just as good. And instead of loading up on empty carbs, we add nutrient-dense ingredients into the mix. The edamame is a great source of plant-based protein, as it contains all the amino acids your body needs (just like meat). Plus, we add filling mushrooms, beta-carotene-rich carrots, and vitamin-packed spinach. What more could you ask for?

Throw Out the Ramen Seasoning Packet 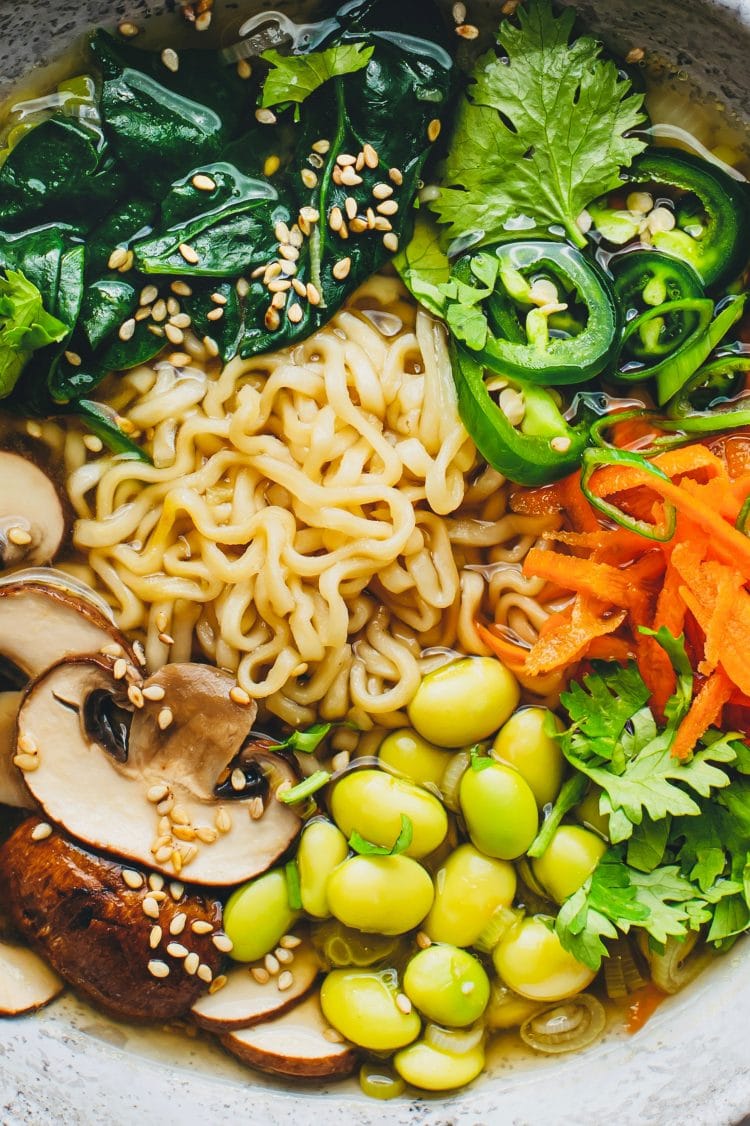 Our Plant-Based Ramen with Edamame is made with store-bought ramen noodles. But that doesn’t mean you have to use the seasoning packet that usually comes with those noodles! Those packets are not always vegan-friendly, as they often contain chicken, beef, or seafood bouillon. Not only that, but they’re full of saturated fat and sodium. According to My Food Data, a single packet of ramen seasoning can contain over 1,500 mg of sodium (or 65 percent of your daily recommended intake)!

Instead of using the packet, we’re going to create our own flavorful broth. Start with your favorite low-sodium vegetable broth. Our seasoning base is made with fresh ginger, garlic, green onions, and soy sauce. If you’re following a gluten-free diet, feel free to use a gluten-free tamari (and we’ll have some suggestions for gluten-free noodles in a minute, too).

Simmering our mushrooms in this flavorful broth will add umami flavor to the ramen base, too. The final component is the miso paste. Miso is kind of similar to peanut butter, but it’s saltier and more savory. It’s made from fermented soybeans, and it will add a ton of flavor to this Plant-Based Ramen with Edamame. 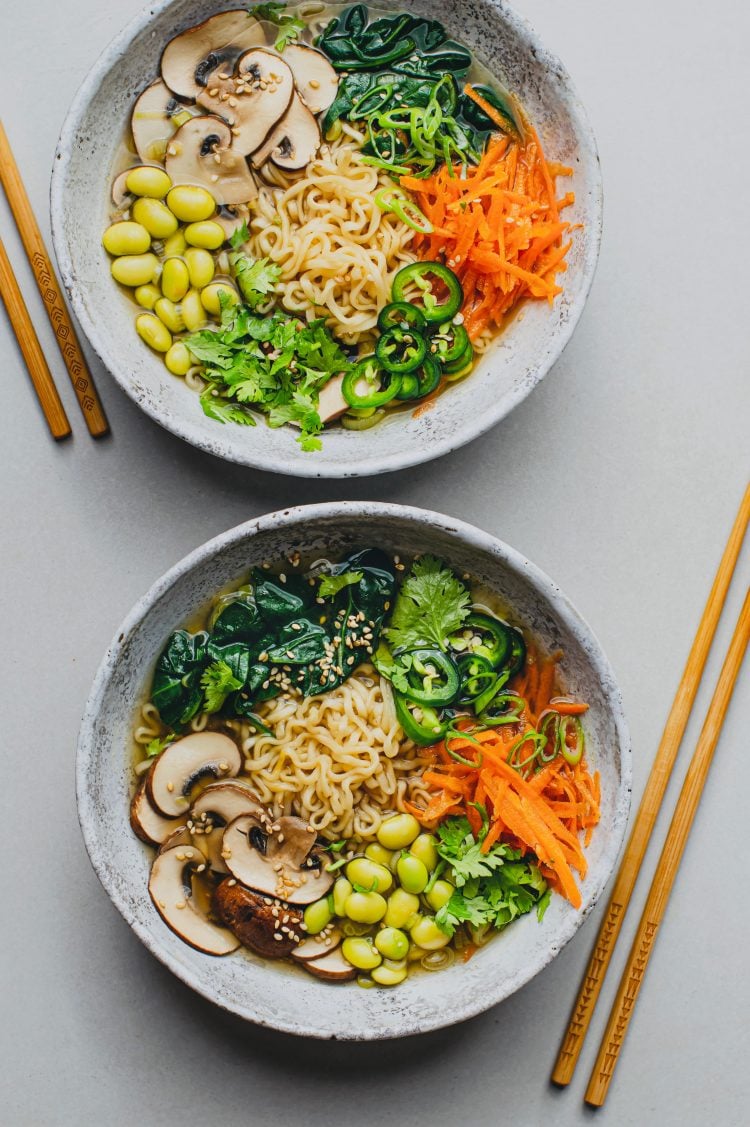 You have to be careful when choosing your ramen noodles. Most brands are vegan-friendly and are made with only plant-based ingredients. Some brands contain eggs, though, so be sure to take a peek at the ingredients list before walking out of the store.

If you can’t find ramen noodles for some reason, there are several alternative noodles that work just as well. Udon noodles are the easiest swap. In a pinch, you could use angel-hair pasta or spaghetti. Try adding one tablespoon of baking soda for each quart of water when boiling these noodles. The baking powder will add that springy, chewy flavor that you’ve come to know and love from ramen.

For a gluten-free approach, look for soba noodles made with 100 percent buckwheat. Despite having the word “wheat” in its name, buckwheat is a nutritious, gluten-free grain. Spiralized vegetables are fantastic gluten-free swaps, too. Try using zucchini, winter squash, or sweet potato. 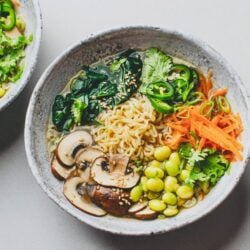 Get the latest recipes, meal plans, workouts, and more delivered right to your inbox. Sign up for our neNewsletter today! 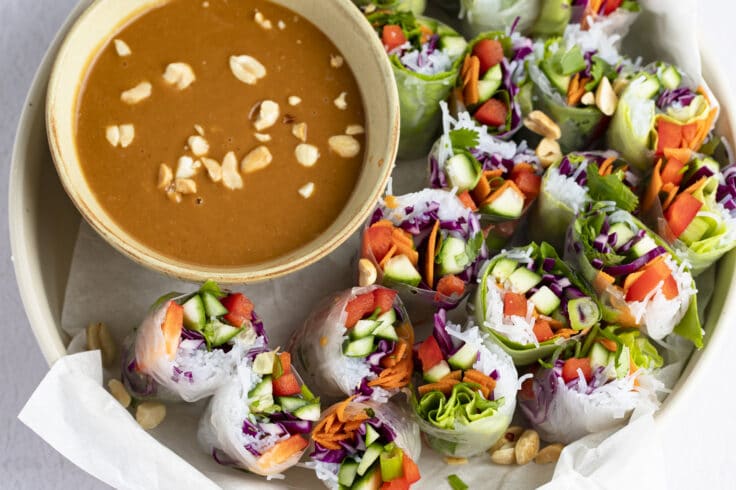 A tasty way to get your daily dose of veggies! 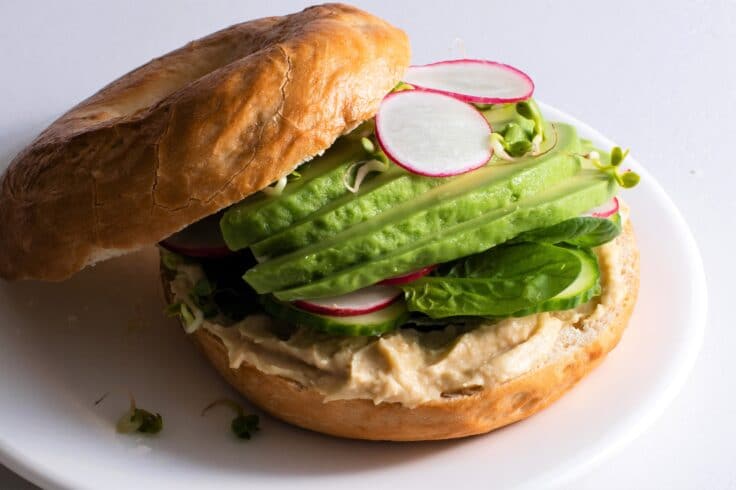 This nutritious meal will provide you with energy all morning long. 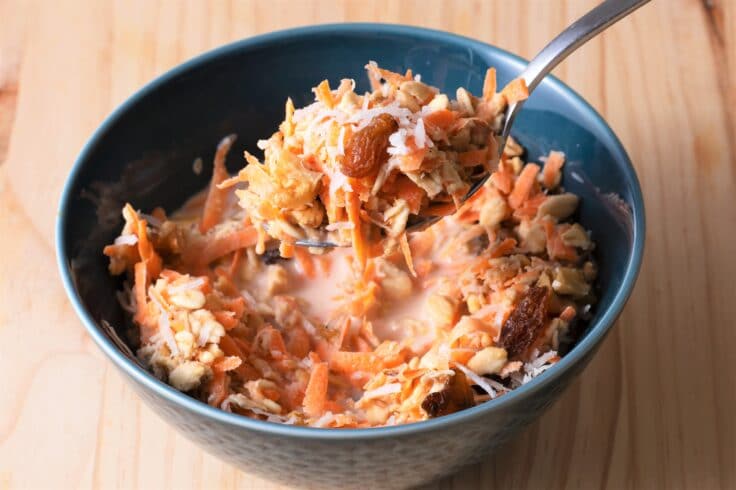 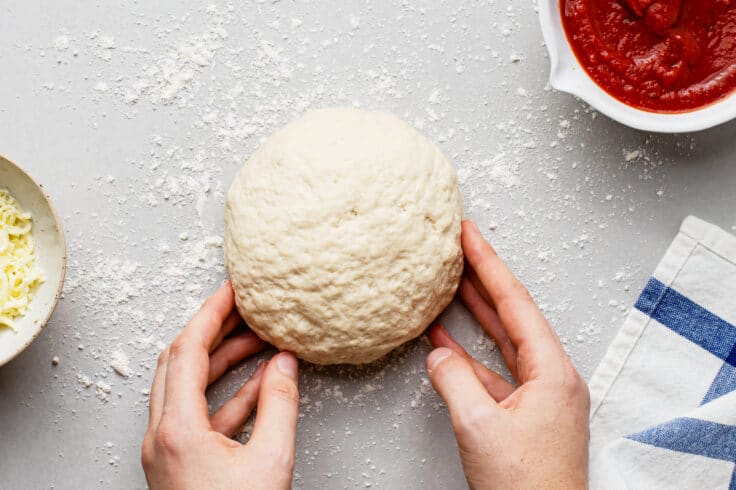 Self-rising flour takes away the need for yeast.